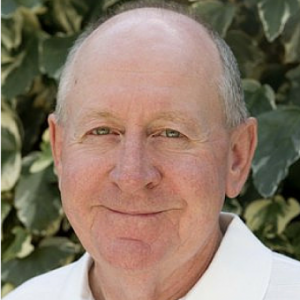 Graham originally taught at Unley High School in South Australia prior to working for the South Australian Education Department. He then became a Senior Lecturer & Program Director of Secondary PE/Human Movement at the University of South Australia.
Graham is now an Adjunct Senior Lecturer at the University of South Australia and has longstanding research interests in the role of human motion in the healthy social, physical, emotional, cognitive, and physiological growth and development of individuals across the lifespan. Graham has written about this in his book ‘The Value of Human Motion’. His current focus is on the emerging global research evidence connecting human motion, cognitive (brain) development, enhanced learning & healthy optimal human development.
Graham was co-founder of Kindergym Australia (1980), co-creator of the Jump Rope for Heart program & schools resources (1983) & co-founder of PE Week Australia (1984). He is also a winner of the 2006 Individual Carrick Award for Australian University Teaching, and is a Fellow and Life Member of ACHPER. Graham has been a member of ACHPER for 50 years and presented the 29th Fritz Duras Lecture – ‘The Unrealised value of Human Motion – moving back to movement’ in the Council’s 60th Year Celebration in April of 2015.

The unrealised value of human motion – ‘moving back to movement!’

The unrealised and under-estimated value of human motion in human development, functioning and learning is the central cause for its devaluation in Australian society. This paper provides a greater insight into why human motion has high value and should be utilised more in advocacy and implementation in health and education, particularly school health and physical education. It will illuminate where the impact of human motion is taken for granted and undervalued. It will also reveal compelling research findings from a range of disciplines not traditionally included in the field that support motion’s value to human existence across the lifespan. The current human motion paradigm needs strengthening with more rigour and comprehensive elucidation of the powerful omnipresence of human motion in healthy human existence. This emerging new body of evidence presents an unprecendeted opportunity for the profession to do this. In doing so, it will provide greater support and opportunity for education and health professionals to utilise as much human motion as possible for people living and learning over their entire lifespans, particularly benefitting children and youth in education institutions.

If you’d like to get more details on the content of the workshop and certification please fill in the form below and we’ll send to you by email!